The Perils Of “Live” TV: Here’s My Own Experience… The original story I wrote was a couple of years ago when I was still hosting Malaysia Hari Ini (MHI) on TV3. I was inspired by a brilliant piece I read about all the funny stuff that could, and have, happened on “live” television overseas. I’ve edited some bits, but here’s the rest of the original story taken from my own personal blog www.mzulkifli.com.

Did you know that before I started my MHI gig, I hosted a couple of episodes of Hujah on TV9? That was "live" as well, although the format's entirely different; MHI being more lifestyle while Hujah focuses on issues of the day. 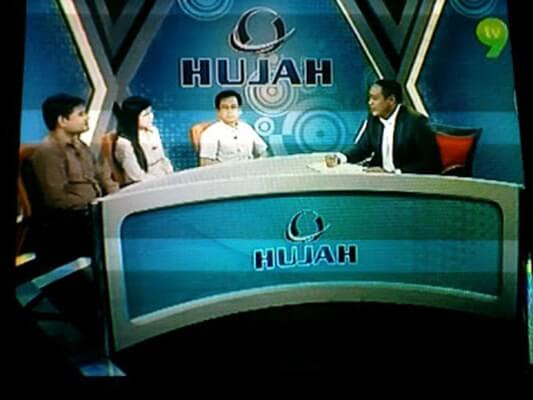 Anyway, from my experience of those two eps of Hujah and over 180 shows I’ve done for MHI (at that time), I can safely say that when it comes to “live” television, Murphy’s Law applies right to the fullest. Yes, anything that can go wrong; WILL go wrong.

To do a “live” talkshow, first and foremost, you must have that gift of the gab; the ability to talk on cue, and on a variety of stuff, from the mundane to the philosophical. But that alone is NOT enough. You need to be able to think on your feet, not crumble under pressure when something unexpected happens, and yes, to “pandai cover line”. Really, REALLY pandai to cover line.

One of the things I struggled most when I first started hosting (and still struggle with from time to time), was compartmentalizing my brain in order to listen to the producer/s talking to me through my earpiece (that thing we have stuck up our ears, in case you didn’t notice) AND talking and addressing the viewers.

Imagine me going: “Oleh itu, kita kena ingat pakar-pakar perubatan pernah menyatakan…” and suddenly the booming voice of the producer goes: “Cepat, cepat! Kita berehat sebentar!” Yes, at this point, your train of thought would be diverted to another station, and you stopping dead in your tracks would appear so damn awkward to the viewers. Not to mention how you’d look like on-air with your face trying to go back in time to figure out what was the point you were trying to make in the first place.

Different producers have different styles, so while some would only bark out single word instructions, others would prefer to have running (one-way) conversations with you. Which is good, and bad. Good because it keeps you on your toes and makes you feel more appreciated. But bad, because you might get sucked into the conversation and actually react to it on-air. I’m sure you’ve seen a host suddenly smiling or laughing for no apparent reason. Well, now you know why.

This happened to one of my co-hosts: At the end of every show, we usually thank the caterer of the day for sponsoring our breakfast. One morning, when it was time for the thanking bit, the producer said, “No catering today”. The host, trying to compute the message while saying goodbye, eventually said: “Dan terima kasih kepada Noh Catering untuk sarapan pagi ini”. Haha. 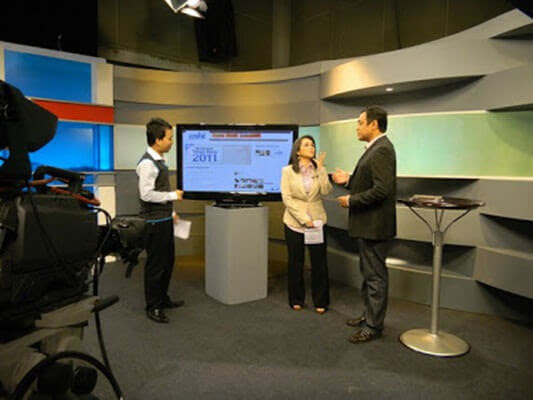 But LOSING the earpiece would be a problem as well. It could be because the battery had run out, or just due to a technical glitch, not having the producer in your ear would require you to make stuff up until the floor manager realises the problem and saves you with some improvised sign language.

Being able to get the proper cues is needless to say, VERY important when doing “live” TV. Don’t know how many of you saw it, but once, the camera went right to me after Buletin Pagi at 7.15am, WHILE I WAS CHECKING MY ZIPPER, simply because there was no cue. Haiyo! And it’s never a good idea to blurt out something unpleasant right after you’ve tossed over to a location or an ad break, just in case the soundman forgets to cut off your audio.

Blanking-out is also something I’ve been guilty of a couple of times. I usually plan and imagine what I would say for every segment as advised by mentor (let’s just call him “Halim Othman”), so I’d be fully prepared, but there were times when the planned scenario didn’t materialize.

Example: We usually start with two hosts greeting the viewers and go on to banter. But I remember when my co-host was a tad late due to a wardrobe difficulty, and I had to start the show on my own. I was only prepared to banter, so I blanked out and struggled to think of what to say while the producer kept on going: “Cakap dulu! Cakap dulu!”. Oh, man. 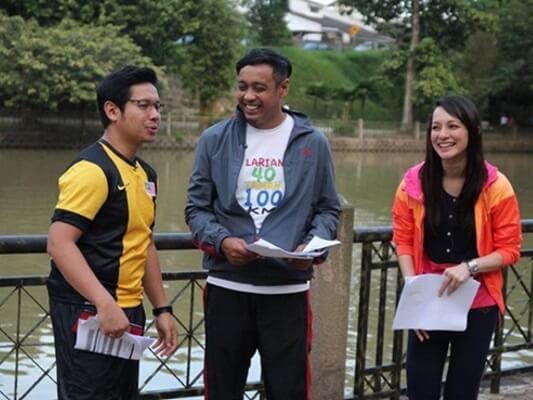 Something else that usually happens to me is the Curse of the Growling Tummy. Yup, we start the show at 6.30am and usually breakfast would come right at the end at 9am. I have a loud and sensitive tummy, and it doesn’t think twice about going “Grrrourrourrrr” (or something like that) … right in the middle of an interview. While my co-hosts are already used to this, I don’t know what the guests must be saying about me after the show. 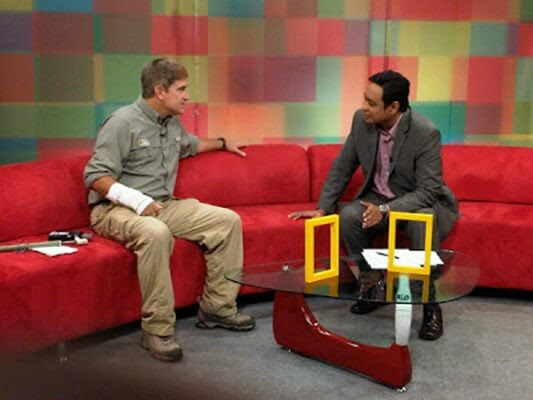 And speaking of guests; while we always hope and pray for articulate guests who know their stuff, the reality is that most of those who come to promote something are first-timers who would go: “Er…. jadi…. er….” I have to admit that sometimes my mind does go off to other stuff like football and the upcoming breakfast while waiting for some guests to finish their point. But thank God for producers who are quick to see this and immediately cut the interview short and spare everyone the pain.

While we are given the “running order” reasonably in advance so we would be able to prepare for the interviews, that wouldn’t matter when you suddenly have to take over an interview with a subject matter you know nothing about. And on MHI, we do cover a variety of subject matters, from government policies to the intricacies of ventriloquism. So the trick is to always have some apply-to-all questions ready, before you warm up to the subject and find more specific and relevant questions to ask.

Another thing I’ve been guilty of is the “word-not-coming-to-mouth” problem. Don’t know why it happens, but sometimes certain words would be a struggle to pronounce. Once, I repeated: “Manafa, manfa, menfa…” until the guest had to complete it for me: “Manfaatkan”. Damnit! It later became a running joke between me and Abby and I still get nervous when I do have to mention the word again. Haha!

While we mostly sit down and interview people on MHI, there have been occasions (especially these past few months) where we have to be part of a demonstration or do something out of our comfort zone on-air. So far, I’ve taken a shower with kids who were about to be circumcised, jogged around Bandar Utama as a run-up to the ntv7 Feel Good Run and cook a few dishes. 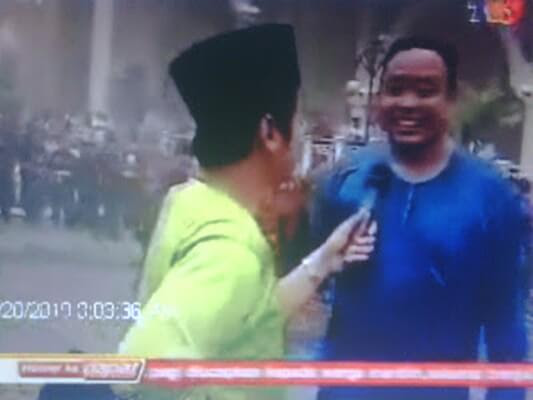 I have been lucky so far that the dishes I attempted to make have turned out rather well, but it was just recently that a couple of my co-hosts burnt the pancakes they were making. Of course they “cover line” by saying that some people DO like burnt pancakes. Haha. Nice one, guys!

Being able to put on a straight face when something doesn’t really impress you is also a must. I remember one time a certain chef cooked something for us (not giving details away!), but when I took a bite, it was salty as mad. My reaction? “Mmmm…. OK, kita berehat seketika!”. And when a band comes on and goes badly out of tune, you should remain courteous and diplomatic instead of offering them vocal or guitar-playing lessons. After all, it IS difficult to perform at 8am in the morning.

Indeed it is definitely NOT easy doing “live” TV. So do have mercy the next time you see me struggling to say the word “manfaat”.