From a magistrate to an editor to a talkshow host and a university college dean, Mohd Zulkifli Abd Jalil (M. Zulkifli), has had a diverse and interesting career path these past 20 years. After his stint in the judiciary, M. Zulkifli chose a career in media beginning 2001 and left his mark as a writer and editor for various international publications including “FHM Malaysia”. After a stint as the editor of “The Malay Mail”, he then explored the broadcasting industry as a TV presenter, hosting the well-known talk-show, ‘Malaysia Hari Ini’ on TV3. He was also seen on TV9’s “Hujah”.

At Media Prima Berhad, M.Zulkifli was also the General Manager of Content, Marketing and Brand of the company’s digital arm, Alt Media Sdn Bhd and launched www.gua.com.my & www.guamuzik.com.my. Gua.com.my grew to be one of Malaysia’s premiere entertainment and lifestyle portals. He then launched www.tonton.com.my, that showcased content from TV3, TV9, 8TV and NTV7.

After leaving Media Prima, he became the General Manager / Executive Producer of production house, KL Motion Picture Company. He then took up the position of Dean for the faculty of media studies and the Head of branding & communications at KL Metropolitan University College. 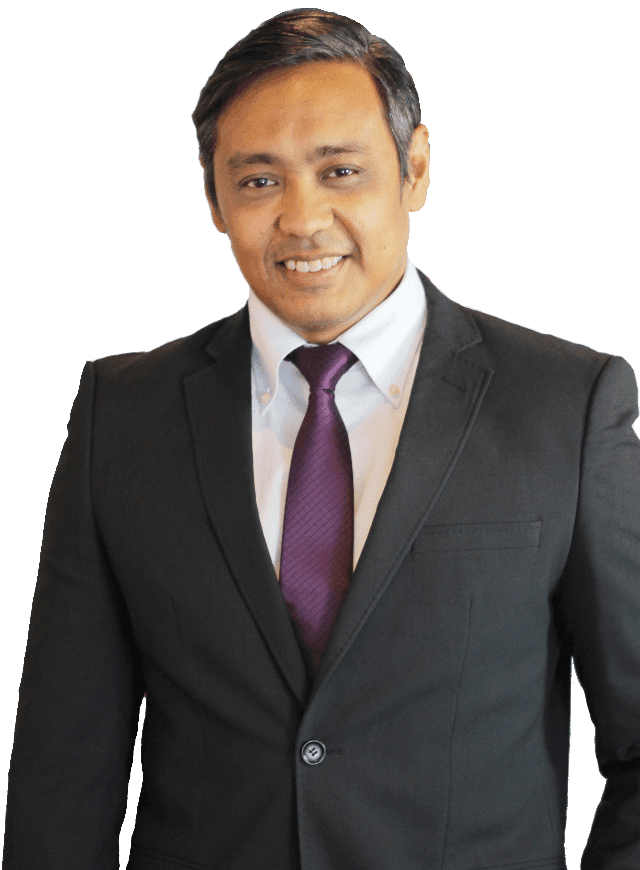 Halim Othman is currently a host on both TV and radio, anchoring “Planet Sukan” on TV1 and “Suria Pagi” on SuriaFM.

He also hosted Era FM morning show during the same time and won the award for Most Popular Radio Presenter at Anugerah Bintang Popular for four years running.

Halim also created a memorable record for the Malaysia Book of Records in 2000, when he went on air for 42 straight hours.

An architect by training, Halim’s successes in broadcasting has inspired many others, and rightfully earned him iconic status. 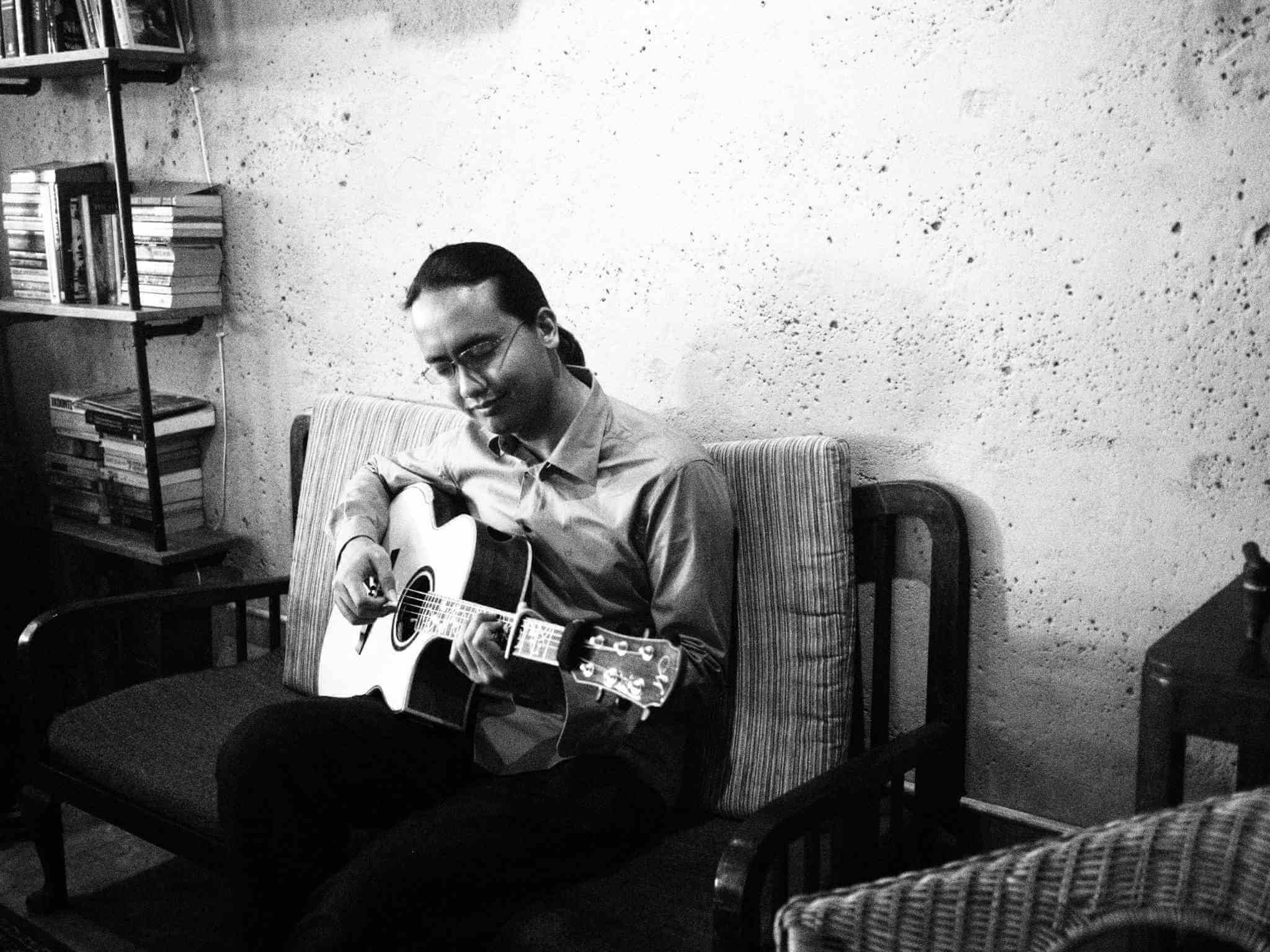 Jazz Guitarist-Composer-Educator Az Samad has recorded with Grammy Winners Flaco Jiménez & Max Baca; graduated & taught at the prestigious Berklee College of Music; performed in the United States, Europe & Asia; and appeared on 22 CDs ranging in styles from Tex-Mex, Contemporary Jazz to solo acoustic guitar. His works have been described as “richly textured, poetic and atmospheric”.

He is also a sought after presenter for the TEDx series and has presented at TEDxKL 2013, [email protected] 2015 and TEDxUSMNibong 2016

As an educator, Az has taught students all over the world including the USA, Austria, Singapore, the Philippines, Hong Kong and Malaysia at universities, music colleges and music festivals. Rina Omar is a TV host, emcee and voice talent with a wide range in experience in front of the camera/mic/audience. On 8TV, she was the host of “Quickie” for 4 years, as well as “Trippin” in 2006.

Her writing credits include “Malaysian Idol”, “Latte @ 8” and “8TV Unzipped”.

She also had a stint as a radio announcer on LiteFM. Rina has also won awards for her writing and music, and has garnered nominations and acknowledgments for her work on- and off- screen. What started as a hobby when studying back in university, photography became a source of side income for Zuhri then by submitting stories and pictures on campus news to the local newspapers. After becoming a stringer with a local newspaper while studying, he joined the newspaper as a journalist upon graduation in 1995. He later joined the corporate world in 1998 but continued to work within the scope of creative industry by working with teams on various projects that emphasised on creating visuals for corporate image enhancement, advertising, promotions and product roll outs.

As more projects came in, he took the opportunity to establish Redmedia Photography Services (Redmedia) in 2006, and offered a variety of photography services to clients. After a year of operations, the business focus shifted to corporate clients particularly advertising agencies, private companies and banks, fulfilling their needs to capture their various events and high profile shots of the management and board of directors.

Zuhri is also a passionate travel photographer, making trips to various places in Indonesia, Nepal, India, Cambodia and Pakistan, capturing rare and unique cultural activities and elements of the local people. Many pictures from these trips have been published in the local publications and other social media platforms.

One of his biggest milestones was being commissioned by Prasarana Malaysia Berhad to capture images for its coffee table book A Rail Journey – Behind Every Story, There’s A Station in 2014. The book won Anugerah Buku Negara 2015, hailed as Buku Umum Terbaik (Kategori Fotografi). It was a solo project and took almost a year for him to capture all the images that the client required and it paid off.

Redmedia is also the official image provider (photo and video) on retainer for UMW Corporations since 2015. Currently he is working on another high profile coffee table book project on Kelantan Peranakan Chinese community which is scheduled to be published by end 2016.

Zuhri is an accredited member of Creative Content Industry Guild Malaysia (CCIG), recognised as a commercial photographer (A05299-15).

With more than 20 years of experience in the industry, Zuhri often shared his experience and knowledge in photography workshops and seminars, and invited to participate in various photography exhibitions. Experienced content and PR professional. Her writing has appeared in the Fireflyz in-flight magazine, Yes World, Redbull.com and The Malay Mail, among others. A writer and editor for various international publications including “FHM Malaysia”. Editor of “The Malay Mail”. TV presenter for “Malaysia Hari Ini” on TV3. Keeping Up with Tiara Jacquelina Waroeng Iga – Gem of a Restaurant Hasnee A Rahman’s Game for Art